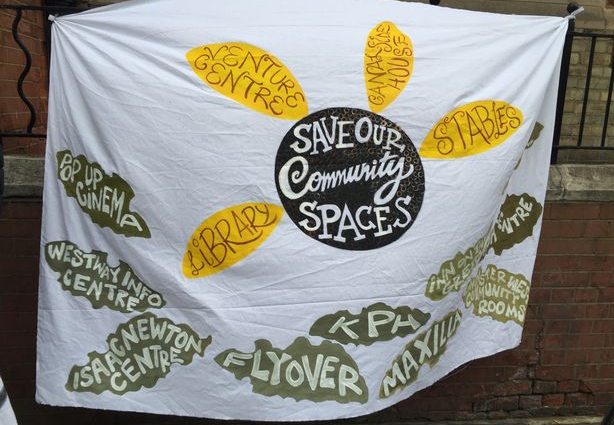 FoNKL never had a response to the petitions it presented at the Council. There were specific demands that are still relevant to Council policy. We asked in writing multiple times for formal responses to them.

It states in council policy guidelines in point 19 of How the Council Deals with your petition;

"The response to any petition that is considered in these ways will be given, usually by the relevant Cabinet Member, after they have had the opportunity fully to consider the points raised at the meeting in question."

It was not until we raised it with the council's ombadsman that the council acted.

Unfortunately, still there has been no attempt to respond to the points of our petition, worth remembering signed by over 3k residents and people working in the borough.

There are inaccuracies, in reference to the Lancaster Road Youth Club's current status, (it is still not providing youth services) and presentation of the Asset of Community Value (ACV) status as council assurance the building is safe (the only assurance in law we have), unaware it was Eve Wedderburn of the FNKL who wrote the successful ACV application!

FNKL consider the issues we raised in 2016 to be still relevant today - relating to the ongoing issues about how public space is managed in North Kengsington.

I refer to our recent emails in respect of the above and set out below our formal response to the petition made by the Friends of North Kensington Library, presented by yourself, at Full Council on 19 October 2016.

Prior to setting out the formal response below, I would like to make a few observations, which I hope are helpful and constructive.

Firstly, I would like to apologise that a detailed response was not issued at the time as it should have been, however as you are aware the project was stopped following the Grenfell tragedy and is no longer proceeding.

As such the formal response fell into abeyance. Clearly however this should not have been the case and it should have been issued post the Council meeting within the appropriate timescales, notwithstanding much changed circumstances thereafter.

Secondly for the avoidance of any doubt, North Kensington Library remains a key community asset (and a registered Asset of Community Value) and will do so, as confirmed in the signed Memorandum of Understanding of October 2018 (copy attached).

Additionally, Youth Services have reoccupied the youth centre building on Latimer Road, which was proposed as the site of the new library and other facilities. It was necessary to invest in the building with certain necessary works to ensure services could again be provided on the site.

Thirdly, again for the sake of clarity, the proposed lettings which formed part of the original Library business case have fallen away, on both the existing library and the proposed new one. There are no longer any legal commitments to other parties in respect of these sites.

As a general point I am sure you will appreciate it is somewhat difficult to retrofit a response when so much has happened over the last two years, but if you feel that any point is missing, or aspects need further clarification I am happy to discuss or meet.

It has been acknowledged, in certain quarters, that the Council had a strategy of creating investment income to support the provision of new facilities and provide a buffer against reducing grants by using property assets to create future income streams to support frontline services.

However, I think it is important to be clear that officers implemented strategy rather than directed it.

I would like to reiterate that point, and whilst you may have disagreed with the strategy pursued at the time and I hope recognise that the effluxion of time and the tragic event of the fire has changed strategy, the governance procedures that we work to as officers where adhered to and have and will pass any audit and scrutiny.

That said at the time of the petition the decision was ratified by the Council to proceed with the new library on the basis of the planning consent obtained and supported by the business case which included the income to be received from the lettings to the two prep schools in both the new building and the existing library.

In short the Council considered the petition and rejected it confirming its intention to proceed with the project at the time.

With that as a background I hope you appreciate that it is therefore not intended that this response is either intended to be a justification of the project or for that matter adversarial in any way but a response based upon the circumstances at the time.

Mark I Grant
Head of Investment and Development