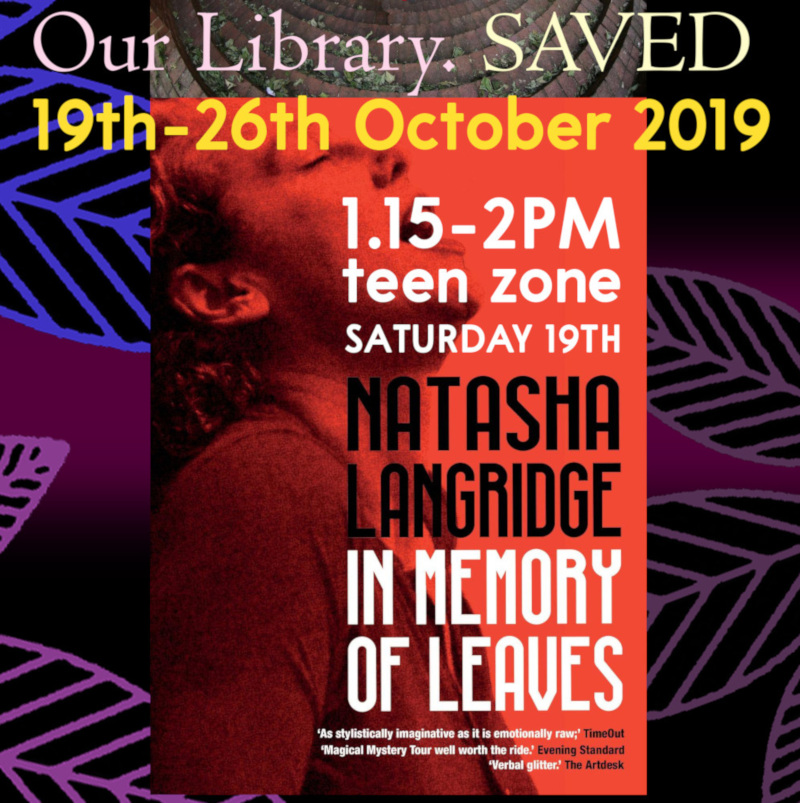 In Memory of Leaves

In Memory of Leaves is an immersive monologue, inspired by local life. It’s a poetic monologue for people on the move: from Wornington Green W10 to the camps of Calais …

‘Beneath a cherry tree, at the farthest end of Portobello, inside the old Athlone Gardens snatches of lives are lived while the birds sing on. City lovers steal a kiss under the branches, Moroccan elders meet their sons for lunch, a granny hands out the best supermarket deals of the day. Until Wednesday at half past three. When the diggers thunder in. A crane moves stealthily towards the cherry tree. A black bird sings wildly … In ‘the jungle’ refugees are evicted from their shacks. The trees shiver in the sand. Thousands squeeze into the north side of the ghetto where a young Afghani graffiti’s London Calling on the motorway wall.

Award-winning playwright and performer, Natasha Langridge seeks to tell the stories and reflect the voices hidden by the mainstream. Written from her own and her neighbours’ experiences (on the Portobello council estate and just across the water in Calais) In Memory of Leaves takes us on an intimate journey of love amongst the bulldozers, the underbelly of the Calais and Dunkirk ‘jungles’ and of the hope that regenerates each Spring.

In Memory of Leaves was performed in 2016 at inTRANSIT Festival, Unscene 199 Theatre, Teatro Keiros Festival and Althone Gardens. In 2017 on a Fordham Gallery Barge and in 2018 at Portobello Live and London Pavilion.

Renegade Theatre founded by Natasha Langridge was set-up in 2009 as an umbrella to create and produce plays for, with and about her local community in North Kensington. A long time resident Natasha feels passionate about her community and has been instrumental in bringing the community together and giving the local residents a voice.


A play inspired by local life.